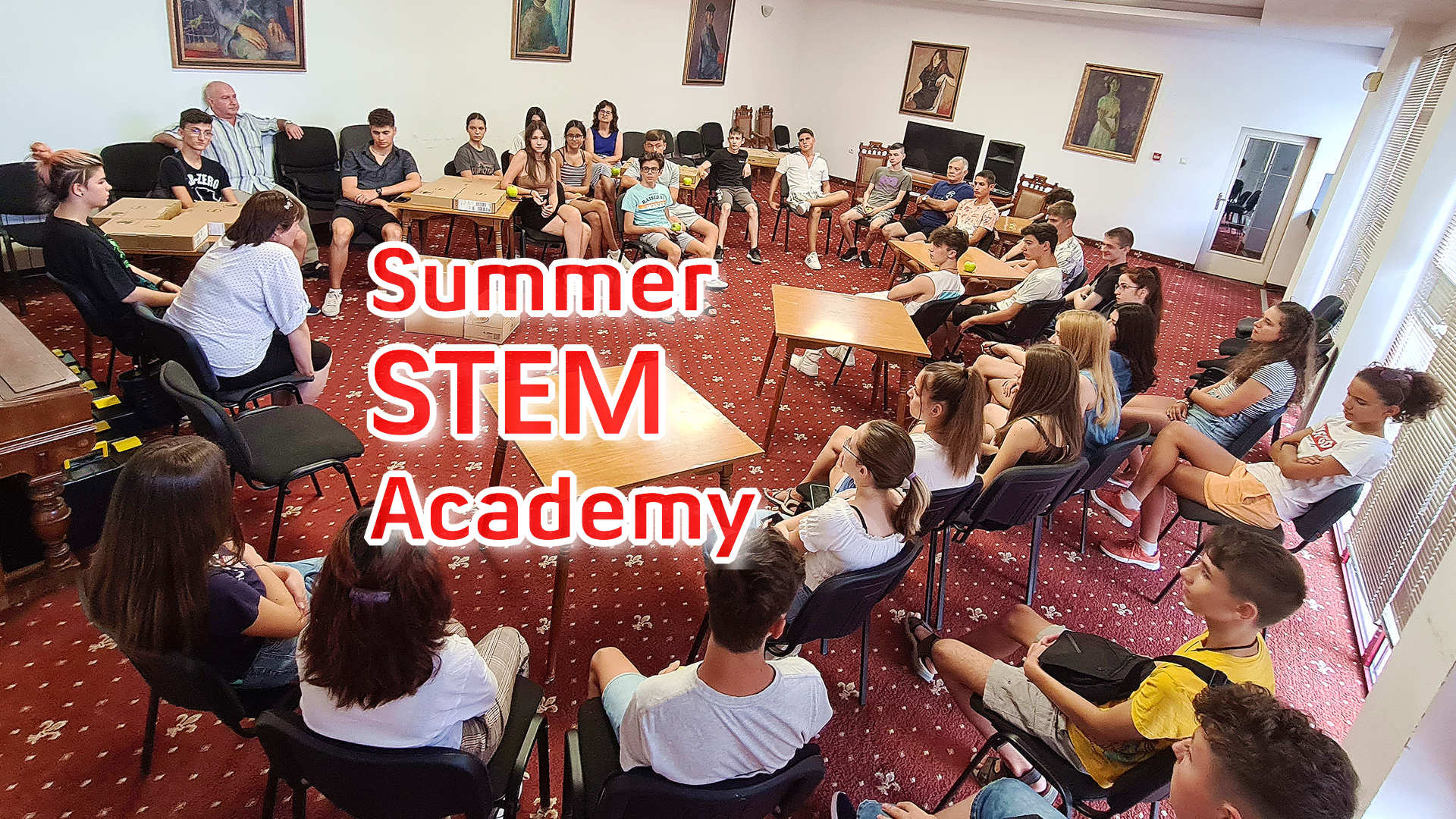 The STEM robotics academy was held from August 2nd to 7th in the Kaylaka Nature Park near Pleven. Under the guidance of Tinusaur, students from the ninth and tenth grades of the Tarnovo Nature and Mathematics High School understood the interrelationship between programming, mathematics, and physics. In an easy-to-understand and entertaining way, they built on top of what they’ve learned during the school year.

The 6-day stay in a hotel base, transport, and food for the children was funded by the “Together Again” program of the Ministry of Education and Science. The High School of Nature and Mathematics provided the necessary tools and materials for the training.

Tinusaur knows how to combine the useful with the pleasant

During the summer STEM Academy, fun and outings alternated with scientific activities and developing entrepreneurial skills. After the first introductory evening for everyone, the children were divided into several groups according to their knowledge and worked in teams.

– programming of the assembled boards;

– development of an entrepreneurial project.

During the first activity, the students used a soldering iron to assemble the boards, which are minicomputers. They became familiar with the functions of each of the components and with the physical and electrical laws that are applicable there.

During the programming activity, the children learned new concepts and algorithms. They made decisions about what sensors to use for the purpose they chose for their minicomputer.

Undoubtedly, the most excitment and competitiveness was caused by the work on the entrepreneurial project within the so-called “Game of companies”. Each team had to create a hypothetical company by defining its operations, structure, corporate identity, product offering, and pricing. At the end of the STEM Robotics Academy, the completed projects were presented to a jury of potential “investors”.

After the unforgettable “technological” emotions, Veliko Tarnovo students visited the Pleven Epopee 1877 as the final part of the summer academy program. All students will receive certificates for participation in STEM classes. They will be handed to them at the beginning of the school year.

Last summer’s STEM Robotics Academy was a real challenge and a successful experiment for Tinusaur! It took place for the first time thanks to funding from the Ministry of Education and Science. It offered a lot of free entertainment, relaxation, and valuable knowledge to its participants.

Expectations were exceeded. We saw how girls and boys work together with dedication and motivation and how young minds look for promising technological solutions that have the potential to be developed in practice.

Therefore, charged with even greater STEM optimism, the Tinusaur team will continue conducting practical robotics activities during the summer. At the moment, talks are already underway with several schools for inclusion in the next stage of the Ministry of Education and Culture’s “Together Again” program.