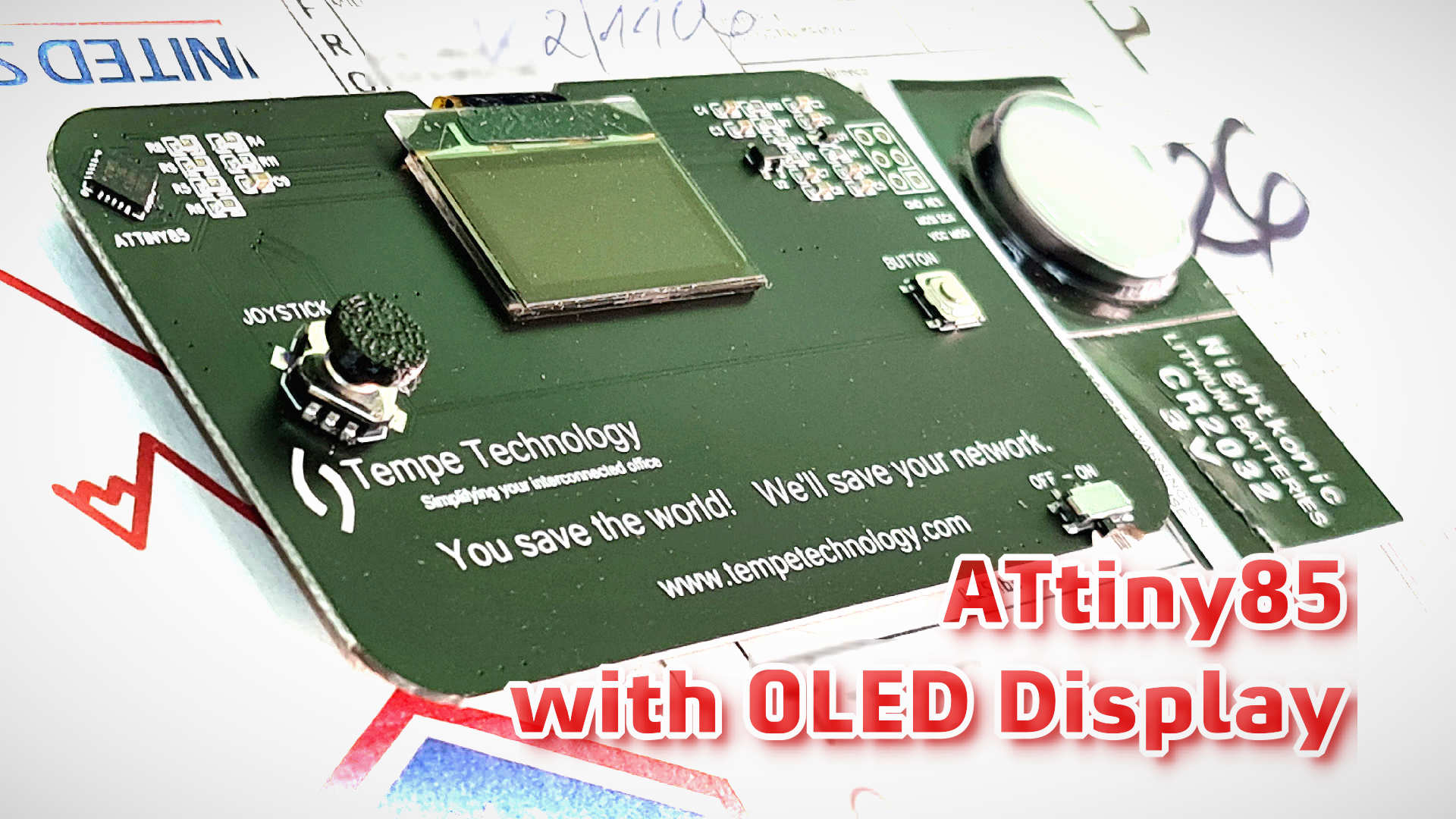 А couple of months ago, I saw a post by Dan Schnur in one of the Arduino groups on Facebook about a business card sized board with an ATtiny85 microcontroller and OLED display. It was actually an arcade game. After a brief discussion with him, I figured he was using a variant of our popular OLED library SSD1306xLED. He was very nice to offer to send me one of those boards.

It took a while to arrive in Bulgaria “thanks” to Bulgarian Post and Bulgarian Customs.

You would be surprised how much you could do with the tiny ATtiny85 microcontroller – it has only 8 KB of memory for the code and just 512 bytes for the data. Yet the game works just fine. It even has a splash screen at the beginning.

I will upload a video when I get the chance to record one and ask Dan Schnur for the location of the source code.